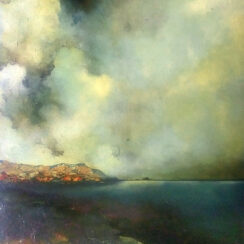 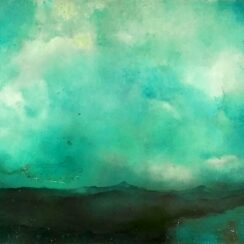 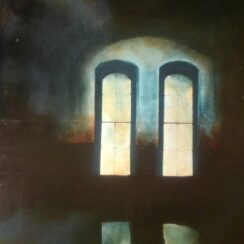 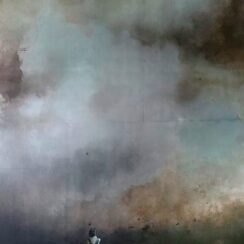 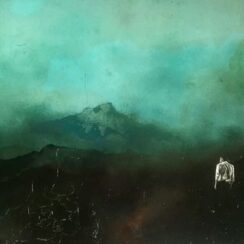 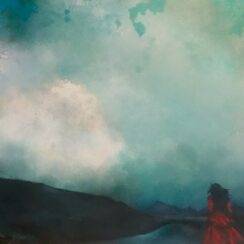 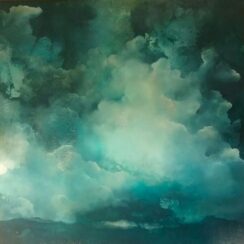 ‘ All that is rushing through me’

Klijn’s paintings are emotional and atmospheric, smouldering even, with an underlying sense of danger and darkness, while remarkably retaining a sense of light or shelter – a calm region for his figures and the viewer to inhabit.

Job often alludes to an underlying fear and insecurity ruling his work due to his lack of formal training in painting, but also recognises that this plays to the style and final look of his pieces.

Job states that he  “starts his paintings by trying to create a ‘background’, a rough sky, a portrait of ‘weather’ that reflects a mood or sense of moodiness that eventually leads to a more specific idea in what direction to take it”.

“I use as much recycled material as I can and my process involves a lot of adding and subtracting of layers, texture, soil, thinning, scraping, burning, swiping etc, until there is a feeling of emotive ‘rightness’. The result often being a multitude of trial and errors”.

This penchant for brooding turbulence and turmoil as a subject, is in the end, tempered by a residual warmth and richness achieved by the process of the art making. Attentive labour and restoration, building complex layers and beauty.

Sometimes, depending on the works ‘idea’, Job will add a figure.

“I sketch endlessly from collected images that show poses I like to achieve, often mathematically re calculating the proportions of limbs and bodies to marry them together in one final sketch”.

Not all of the ‘moodscapes’ include a human form but most do. Job’s figures exude purposefulness, not seeming overwhelmed in their surrounds. They are clean cut, well dressed, stylish even, clearly comfortable and in control in their environs.

Materials from another past with a promising future! 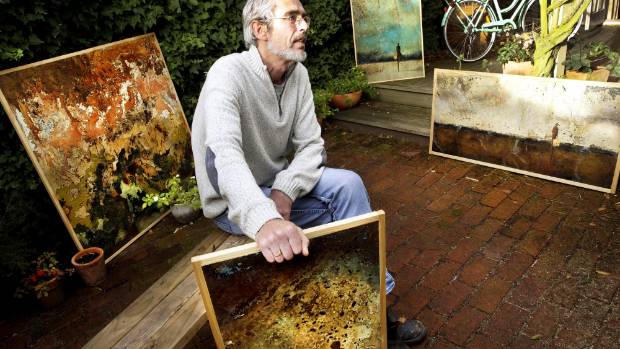